Santa Ana City Council members abruptly canceled their effort to re-draw district boundaries, instead relying on a lawsuit by a civil rights group that seeks to require the city to switch to district-based elections and re-draw existing lines.

“Because of the racially polarized voting in Santa Ana elections, the City’s at-large method electoral system has prevented Asian American voters from electing their candidates of choice and influencing the outcome of City elections,” the lawsuit states.

The California Voting Rights Act, it adds, “was enacted to remedy precisely this kind of dilution and abridgment of rights of racial minority groups.”

The suit seeks a court order banning the city from holding any more at-large elections for City Council members, and requiring the city to adopt “fairly constituted districts that do not dilute or abridge Asian American voting strength or otherwise discriminate against Asian Americans.”

People of Color Need to Reclaim The Politics of “The OC”

If you believe the storylines on shows like the The Real Housewives of Orange County, which just got renewed for thirteenth season, a typical conflict in the “OC” involves how to choose the right party favors for a candle company’s launch party or how best to parent an infant on an Iceland vacation.

Politically, too, pundits still refer to Orange County largely as a hotbed of wealth, frivolity, and die-hard conservatism.

But for the growing majority of the people who actually live here, these descriptions disregard both the community’s shifting demographics and our social diversity. As the county heads toward several key political moments in the spring and fall, communities of color need to mobilize to show the country who we truly are. 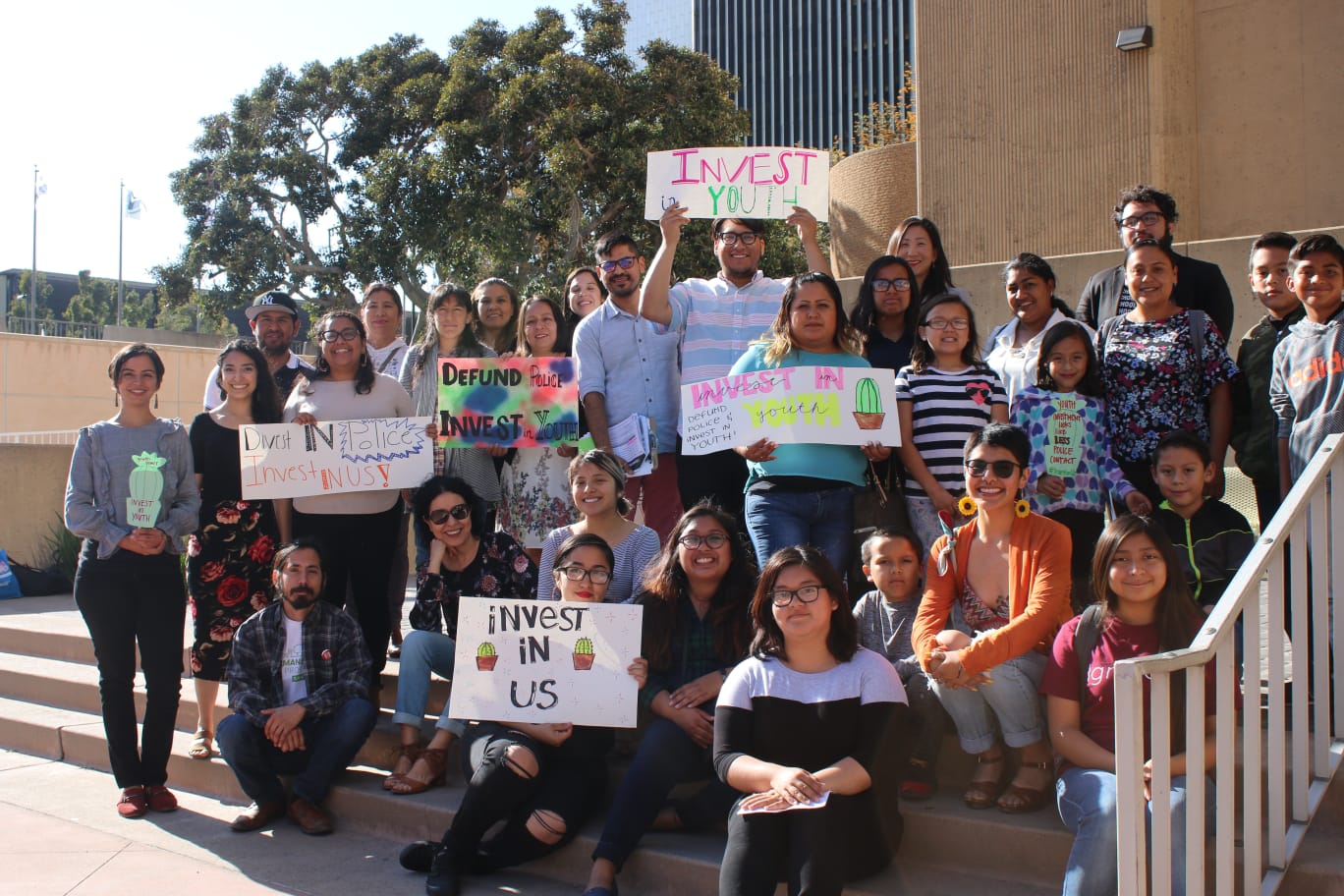 ANAHEIM, California — Low-wage workers are being priced out of Orange County, the posh suburbs south of Los Angeles. That’s especially true in the city of Anaheim, and its largest employer: Disney. The unions representing Disney’s lowest-paid workers have banded with other unions in Anaheim to put a measure on the ballot: a new minimum wage for the hotel and restaurant workers at the city's largest resorts that would pay $15 per hour by 2019, and gradually increase to $18 per hour by 2022. (California’s minimum wage is set to increase to $15 per hour in 2021.) Raises thereafter would be at least 2 percent per year. The push for a ballot measure has drawn the ire of the city, and Disney itself. The company is co-funding the group pushing against the measure, with the subtle name No To The Anaheim Job Killer Initiative. Anaheim Chamber of Commerce President Todd Ament said the measure, if enacted, would drive off future investment and kill two luxury hotel project planned for Anaheim. Disney workers say they can’t live in Anaheim — or most places in Orange County — while earning less than $15 per hour.

Disneyland Resort housekeepers, security guards and food workers marched on Anaheim city hall this morning to celebrate another victory in the fight for a living wage. They brought with them eight boxes filled with roughly 22,000 signatures from registered voters in the city. For weeks, canvassers knocked on doors soliciting support for putting a $15 minimum wage increase for subsidized companies in the Anaheim resort on the November ballot.

“When we first filed the initiative less than a month ago, we were confident that the Anaheim residents would be with us,” said Ada Briceño, co-president of Unite Here Local 11, at the press conference. “Today is May Day, International Workers Day, and what a better way to celebrate the working people of Anaheim than this?” 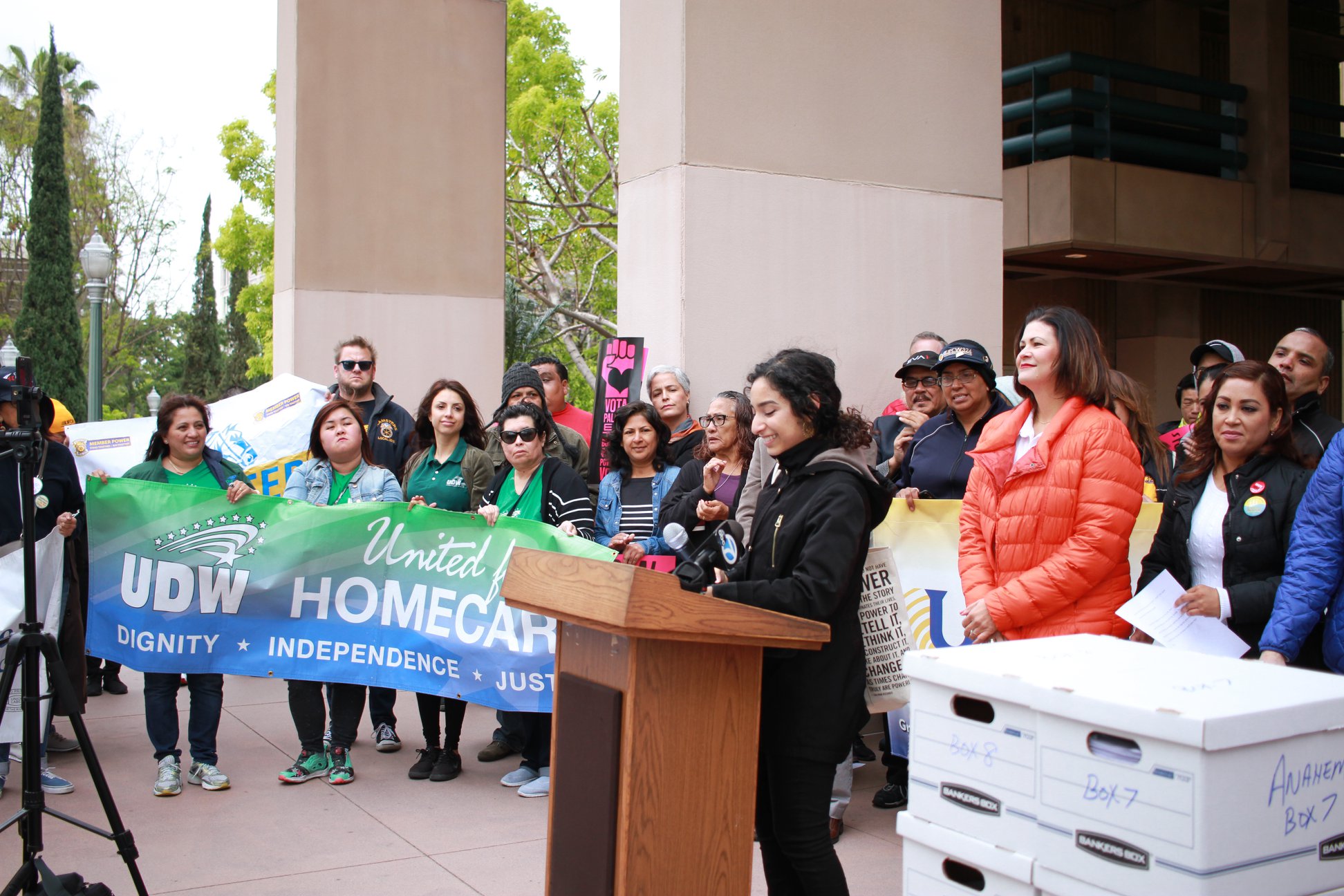 Syed: From OC to DC, Yes to Hate 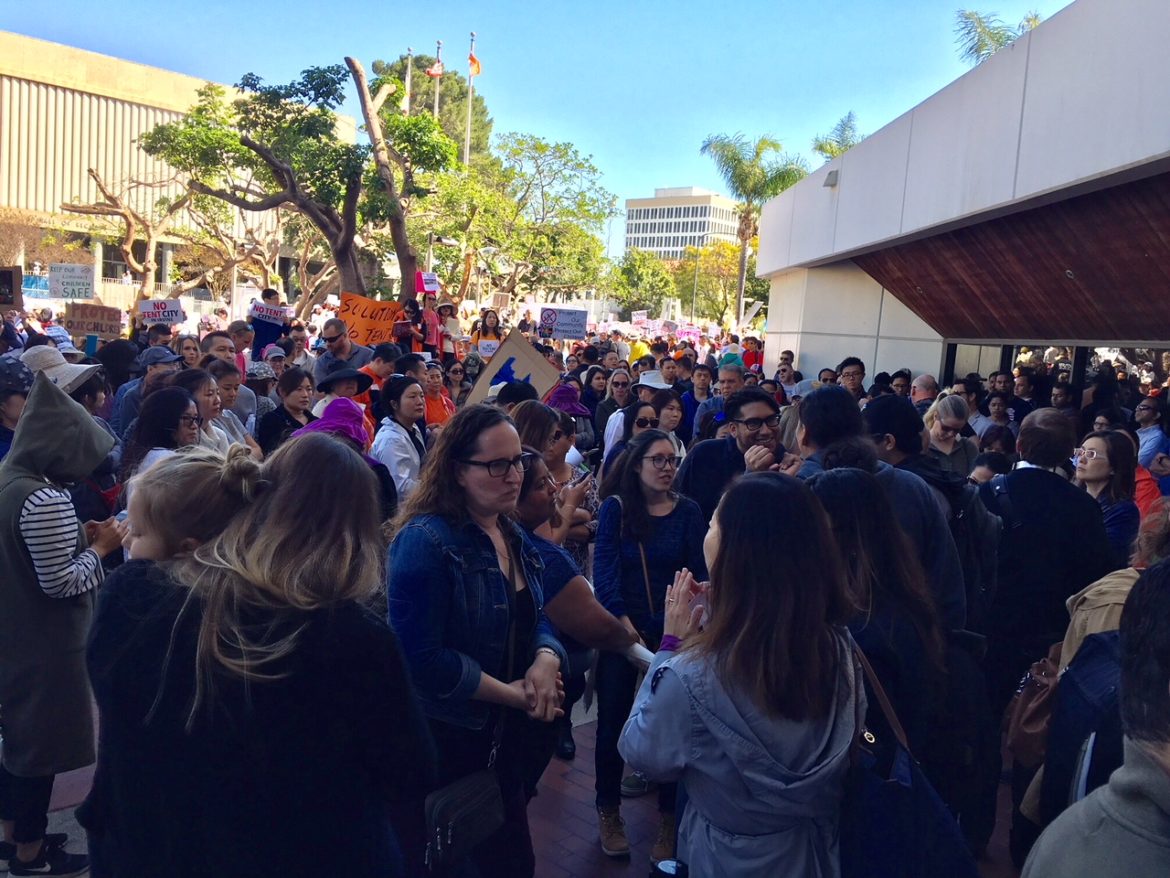 Sanctuary cities and counties have measurably lower crime rates and stronger economies than their non-sanctuary counterparts. But Orange County’s Board of Supervisors doesn’t care about keeping us safe, keeping us employed, or keeping our public budgets balanced. Last Tuesday, they voted 4-0 in favor of joining a Trump Administration lawsuit against the California Values Act, a state law that prevents law enforcement from working with immigrations and customs enforcement (ICE), with exceptions made for situations concerning undocumented immigrants who are felons.

As reported on PBS NewsHour: Away from the tourist attractions of Anaheim, California, housing is a daily challenge for minimum-wage workers who play a vital role in the region’s booming economy. Even for those who work full-time, garages, spare bedrooms, motel rooms, cars and tents have become shelters of necessity in an area with some of the highest housing costs in the country. Special correspondent Cat Wise reports.

Working for the Mouse: A survey of Disneyland employees

Disneyland Resort is one of the most well-known, popular, and iconic theme parks in the world.1 Disneyland Resort’s best-known characters and attractions are woven into America’s national culture and recognized and celebrated around the world. In 2016, 27.2 million people visited the Anaheim, California theme park. It generated over $3 billion in revenues for the Walt Disney Company.

Disneyland employees report high instances of homelessness, food insecurity, ever-shifting work schedules, extra-long commutes, and low wages. While there is national attention on the minimum wage and have been successful local efforts to raise the minimum wage to $15 an hour, more than 85% of Disneyland workers earn less than $15 an hour. Notwithstanding their economic hardships, more than three-quarters (80%) of employees say they are “proud of the work I do at the Disneyland Resort.”

Despite steep increases in the cost of housing and other necessities, Disneyland workers have suffered steady pay cuts and continue to struggle to make ends meet.

By Day, a Sunny Smile for Disney Visitors. By Night, an Uneasy Sleep in a Car.

ANAHEIM, Calif. — On Disneyland’s Main Street, Emily Bertola spends hours working on her feet, embroidering names onto mouse ears at the Mad Hatter shop, where she has been an employee for the last two years. She usually offers visitors the sunny smile she was trained to give.

None of her customers know that for months, she slept in the back of her truck, showering at the park before her shift.

Her struggle is hardly unique to Disneyland.

Orange County is known for its affluence, and for its tourist industry. But the thousands of workers who keep its resorts, restaurants and hotels running are sometimes struggling to stay afloat.

As the state grapples with soaring housing costs, workers in California earning just above the minimum wage find it difficult to pay for basic costs. Many employees at Disneyland have moved farther inland, driving hours each day to work. Others, like Ms. Bertola, have opted to move from couch-to-couch or sleep in their cars for months at a time. 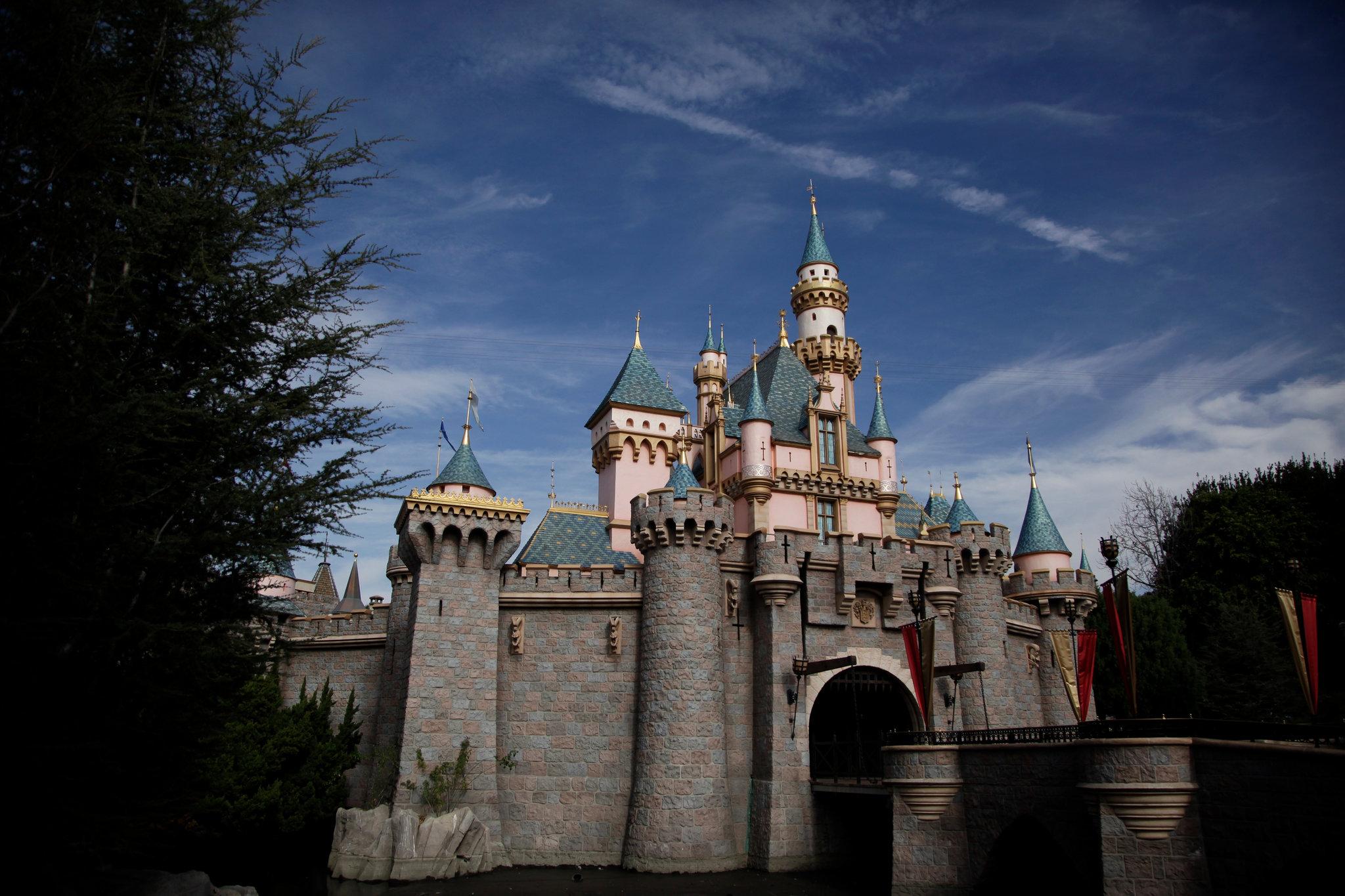 Disney's profit surges in the first quarter, but revenue disappoints amid struggles in media networks

Walt Disney Co. delivered stronger-than-expected profit in the first quarter — thanks partly to a federal tax cut — but its revenue dipped below Wall Street's estimates as the Burbank company saw continued declines at its ESPN cable channels and ABC broadcast network.

Disney reported net income of $4.42 billion, up 78% from a year earlier, boosted by a $1.6-billion one-time tax benefit from the new federal income tax legislation.

Disney's earnings report comes amid a period of turbulence for global markets — on Monday the Dow Jones industrial average plunged 1,175 points before gaining 567 points a day later — and the company's performance is sure to be scrutinized by anxious investors. 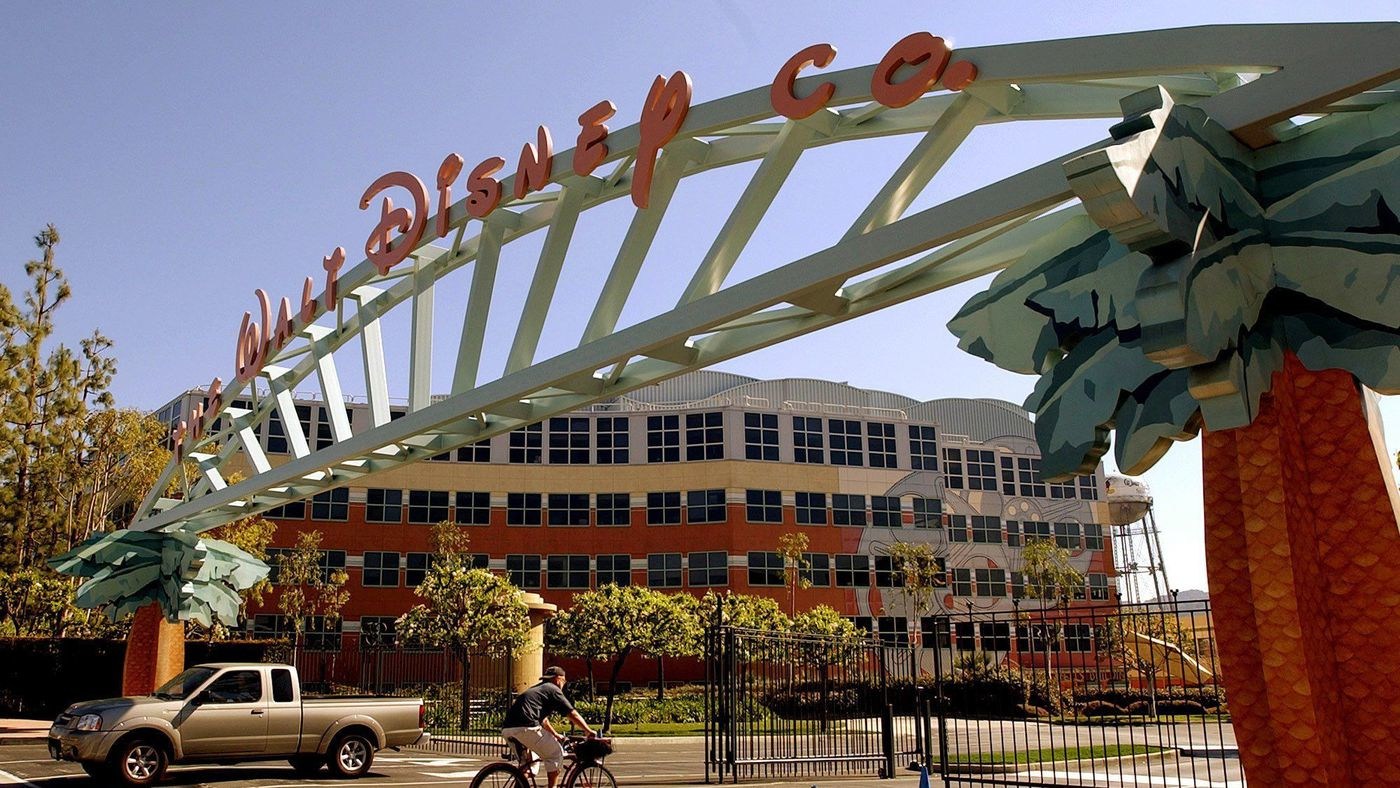 Tenants and landlord groups debated rent control before the Santa Ana City Council Tuesday, Feb. 6, clashing over the merits of the controversial law in the majority renter city.

A study session about whether rent control helps or harms rent-burdened tenants drew about 40 speakers on both sides of the issue, amid cheers and applause from supporters for both positions. 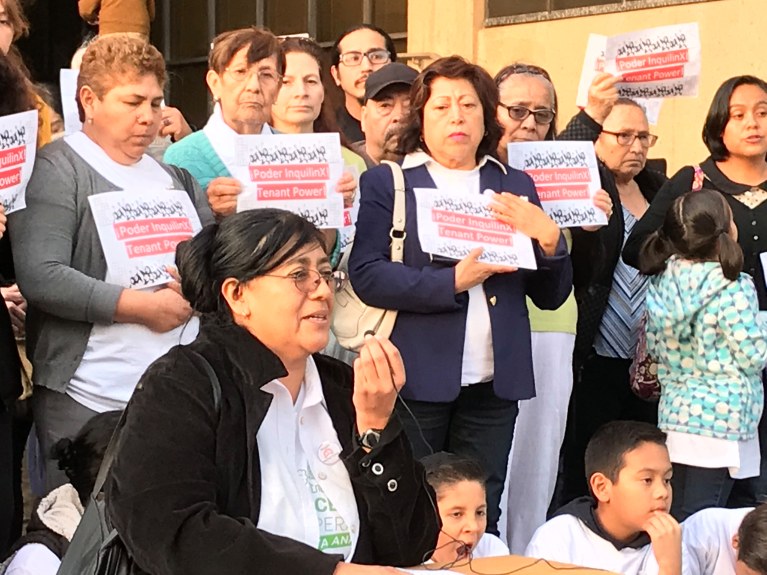