In early 2017, OCCORD founded the Muslim Latino Collaborative, in response to the racist and bigoted policy originating from theWhite House, and the growth in hate incidents and hostility towards Latino and Muslim communities in Orange County. The MLC’s goal is to support and unify both communities and to build nonpartisan political power and solidarity. Fourteen organizations representing Muslims and Latinos participate in our community events, organizing, roundtables, and popular education. 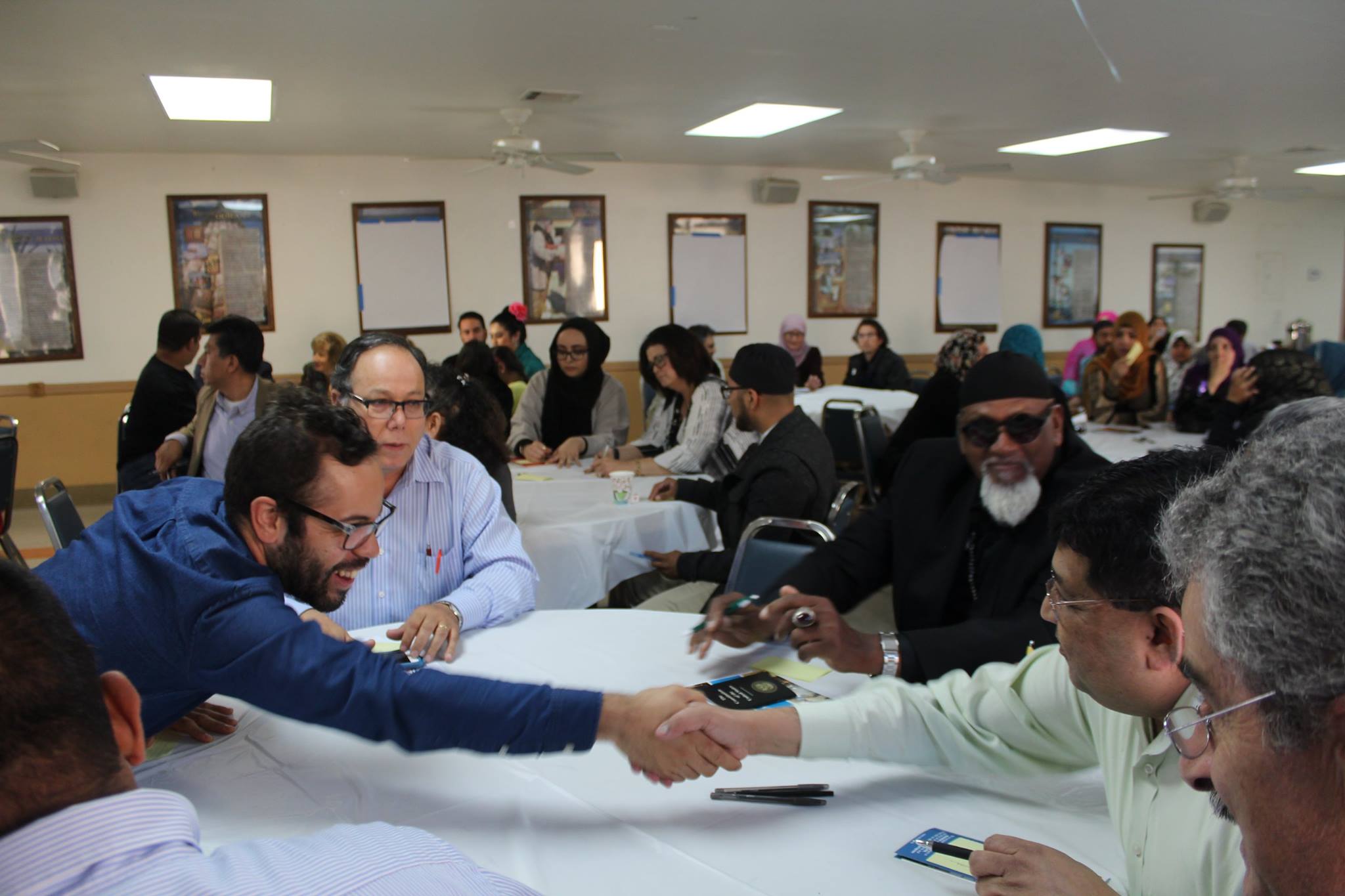 Civic engagement is a core tenet of OCCORD’s Theory of Change. Throughout our campaigns for good jobs, safe neighborhoods, and inclusive democracy, we strive to grow involvement in our local government, especially from communities who have been historically disenfranchised and excluded. An equal voice for everyone is essential to building social and economic justice in Orange County.

Orange County has a Latino population of over 1 million, and an AMEMSA (Arab, Middle Eastern, Muslim, and South Asian) population estimated at between 50,000 and 75,000. These two groups have been explicitly targeted by the Trump Administration in both policy and rhetoric, and Orange County has seen a corresponding growth in hate incidents and hate crimes targeting these communities in 2017. Despite their significant presence in north Orange County, both Latinos and Muslims are underrepresented politically at the local and county level.

We’re stronger when we stand together. The Muslim Latino Collaborative unites these communities, growing the electorate, increasing civic engagement, building solidarity and new relationships, and training grassroots leaders to organize their communities.

Check out our early press coverage:

Check out our photo album from our events: